Southwark Council too afraid to let Save Southwark Woods speak at Council Assembly.

Last night scenes of outrage at Southwark Council Assembly, as the new Mayor refused to hear a deputation from Friends of Camberwell Cemeteries, the Save Southwark Woods Campaign.

Campaigners had requested a deputation to explain why Southwark must stop destroying the woods, graves and heritage of the Camberwell Cemeteries and protect them as nature reserves.

New Mayor, Cllr Catherine Rose, heard two of the three deputations listed on the agenda – then moved on without calling the third deputation from Save Southwark Woods.

Campaigners rose from the public gallery and demanded their deputation be heard.

Cllr Rose claimed campaigners had been told their deputation had been refused, and they had been offered a deputation to Cabinet.

Both statements were untrue – and campaigners told the Assembly so, calling out “that’s a lie”, “you’re not listening to residents” and “what are you afraid of?”

Campaigner Lewis Schaffer took to the Assembly floor and lay down in front of Councillors, demanding the deputation be allowed speak.

The moment was captured live on video by the London SE1 Community twitter account @SE1 https://twitter.com/se1. The Council Assembly was also being streamed live for the first time.

“What are Southwark Council so afraid of?” asks campaigner Lewis Schaffer.

“This isn’t about burial it’s about real estate. Southwark Council see money in old graves as they see money in old council houses. The already buried dead and the cemetery woods are like council tenants – they just get in the way. But Southwark doesn’t want the public hearing what they are up to. In fact they’re so afraid the public will find out, they won’t even let us speak to the Council Assembly.”

“Peter John knows Southwark’s actions are hugely unpopular, and bad for Southwark residents and London. Everyone can see our woods are vital, in summer and winter. To cut down acres of trees for burial plots just beggars belief. And to lie to residents is an utter disgrace. We will be making a formal complaint.

“But we are not at all surprised at Southwark’s behaviour – it is typical of how they treat residents.”

The petition to make the Camberwell Cemeteries nature reserves has been signed by more than 15,000 people online and on paper: 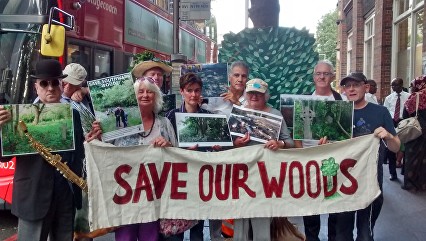 Save our Woods Protest 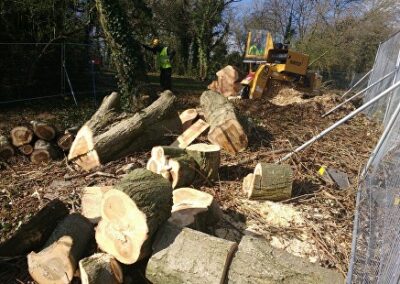 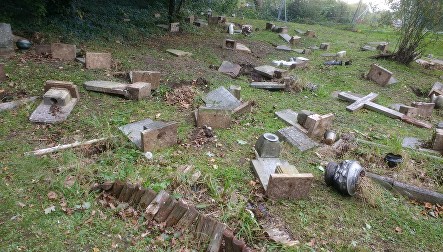 Memorials from WW2 era, destroyed in Camberwell New Cemetery, on the side of One Tree Hill. October 2017. 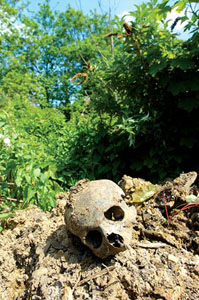 Skull and bones dug up by Southwark Council

Remains found in Camberwell Old Cemetery in 2008 and reported by the South London Press. © SLP 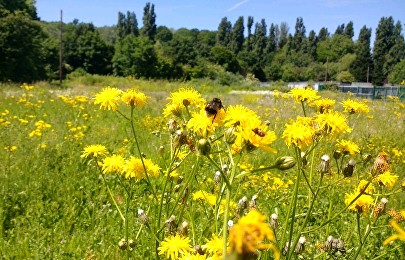 Here they have stripped almost three acres of meadow and wood in the Honor Oak Nature Corridor, just metres from Honor Oak Park station. Photos 2016 and 2017 toward One Tree Hill. 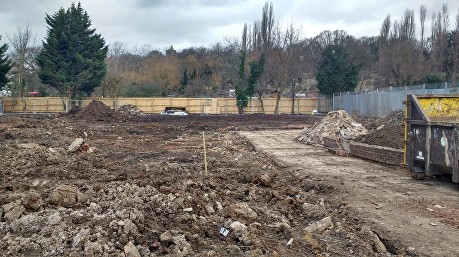 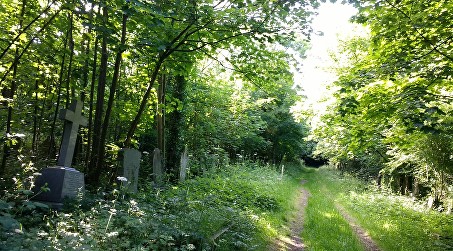 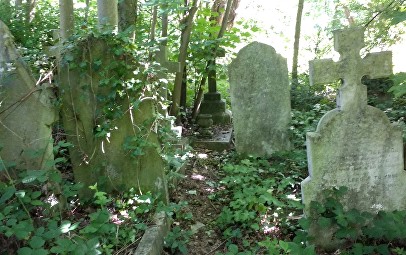 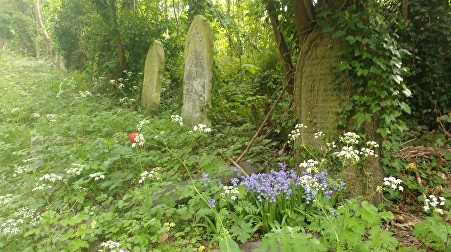 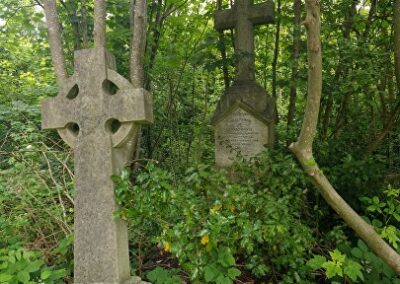