that ‘new’ plots are over the dead

This week, Southwark Council admitted to not telling buyers that ‘new’ burial plots being sold in the Camberwell Cemeteries are over the dead.

And the Councillor in charge is refusing to mention it on their website.

He claims it is not the Council’s responsibility to alert buyers that the ‘new’ plots they are selling are over the mass graveyards of tens of thousands of London’s poor.

Being buried above the dead is abhorrent to many for religious or personal reasons.

FOCC SSW wrote to demand the Council publish the information on their website, so that prospective buyers could know that plots are over the dead.

But in an email to Friends of Camberwell Cemeteries the Save Southwark Woods campaign, Southwark’s new Cabinet Member in charge of burial, Cllr Ian Wingfield, dodged the question. He said that if people ask the Council, they are told it is ‘reclaimed’ land and that it is up to Funeral Directors to inform them.

But Funeral Directors have a vested interest in selling the plot. And ‘reclaimed’ land can mean anything.

So why not simply publish that plots are over the dead on their website? Because they know many people wouldn’t buy them.

Southwark needs to keep prospective purchasers in the dark or they will have to admit their whole cemetery strategy is fatally wrong.

The whole strategy relies on selling graves over the dead – which many people don’t want.

Most people choose cremation but burial is still a multi-billion pound industry. And Southwark Council stands to profit from London’s new cemetery sell-off – whether financially or for votes.

Now he’s in charge of sweeping away the memorials of the poor and selling off ‘new’ plots over their graves to the unsuspecting – social cleansing even of Southwark’s dead.

Oh, and Cllr Wingfield is a self-proclaimed “family history buff” according to his twitter profile. His own family’s history perhaps. Clearly not other people’s.

The Friends of Camberwell Cemeteries say this is just another reason to stop Southwark’s devastating cemetery project.

Southwark Council must stop destroying the woods, graves and green space for the sake of inner city burial, stop burying people on top of the poor, preserve the memorials and allow the cemeteries to return nature, for the benefit of all. 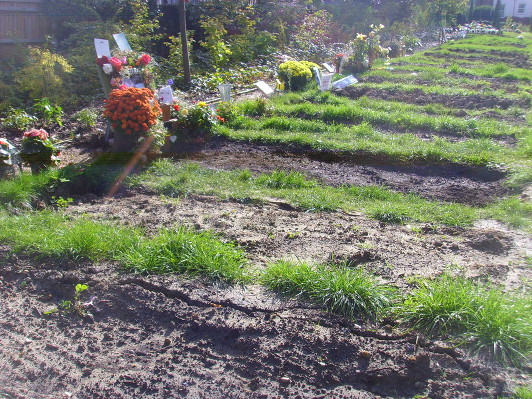 Woodvale, Camberwell Old Cemetery – ‘New’ burial plots are over the graves tens of thousands of dead poor – but Council refuses to tell people on their website (and by the way there was a beautiful ancient hawthron hedgerow and woods and meadows here ripped out for the sake of inner city burial). 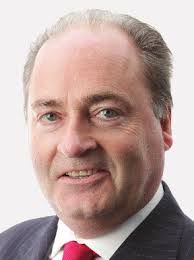 “Fifth, we demand that you change your website, all point-of-sale material and what your salespeople tell new burial plot buyers regarding the plots that are for sale in the cemeteries. People must be informed if they are buying plots over the graves of other families’ dead.

When will this information be published?”

Cllr Ian Wingfied’s reply, dodging the question and passing the reponsibility to Funeral Directors – with a vested interest in selling the plots:

Funerals as you know are usually arranged by private Funeral Directors who work sensitively with grieving families to discuss the various choices. Every family will have the opportunity to discuss matters such as location within the cemetery and whether new burial purchase is on virgin ground or not.

It is at the families’ discretion if they wish to visit the site or speak to the cemetery staff. The Council cannot control the information provided by funeral directors but the Council does advise families that the ground is reclaimed if the staff speak to them directly prior to the burial. The Council will however continue to engage with Funeral Directors to ensure families are fully appraised of their options.”