Destruction of headstones for new burial plots – has made the news

The BBC this week reported Southwark’s removal of dozens of headstones of the poor dead in Camberwell New Cemetery, including Blitz victims – all part of the Council’s massive project for continuing inner city burial.

Mourner David Nicholls visited the cemetery on Brenchley Gardens – only to find his family’s gravestone gone along with many others.

Cllr Barrie Hargrove from the Labour-led Council shockingly claimed to the BBC: “Our cemetery staff treat our objects in our cemetery with all due dignity and do not leave things lying around. But photos of headstones left toppled across the hillside (top) show otherwise. “…things lying around” is what he calls the headstones of the relatives of Southwark’s residents.

And Southwark has not said they won’t be crushing or dumping all headstones not reclaimed by the families, many who are unaware that Southwark is removing their graves. 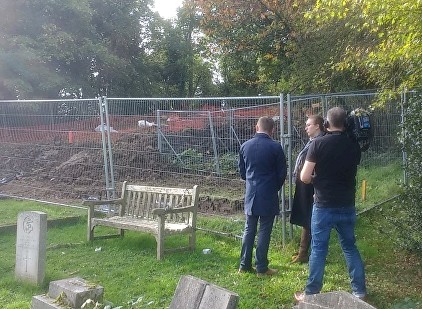 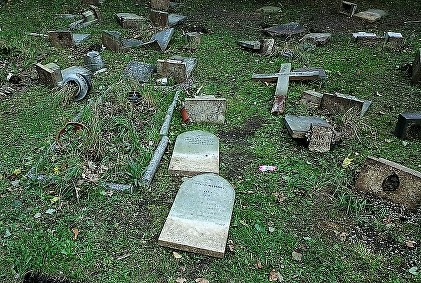 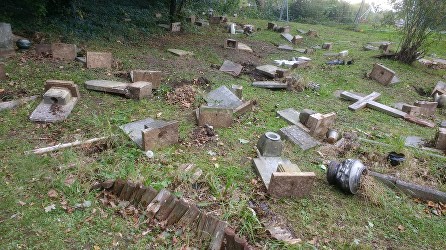 PHOTOS: Crimes against heritage and nature. Headstones of the poor dead – many victims of the Blitz – being removed by Southwark Council on One Tree Hill, Camberwell New Cemetery often called ‘Brenchley Gardens’ or ‘Honor Oak’. Photo: September 2017. 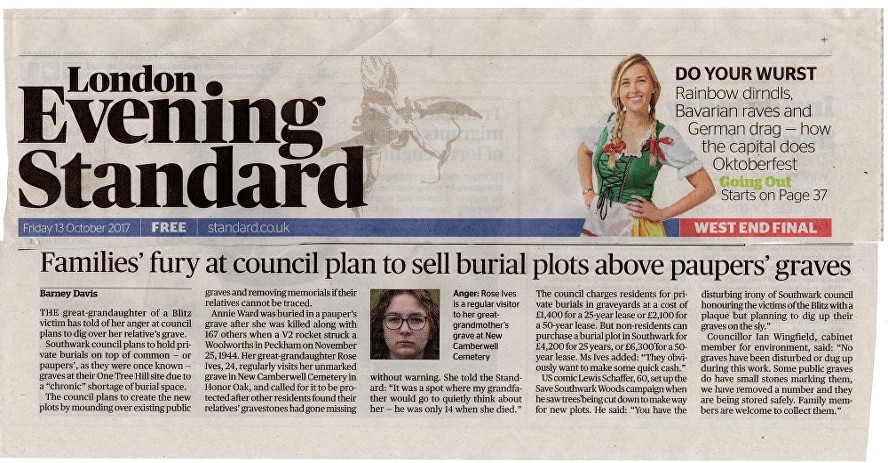 “A grieving son who found his grandparents’ gravestone missing days after his mother’s funeral has said more should have been done to warn him it had been moved.”

“This has come as an emotional shock to us all and we are at a loss what to do,” he said. “My concern is how can they justify putting new bodies on top of old bodies and a lot of the graves they destroyed were war veterans so that hasn’t gone down well.

“I think more should’ve been done to make people aware.

“The way that they’ve ripped those graves up and the artefacts is heart-breaking; there was no respect.” 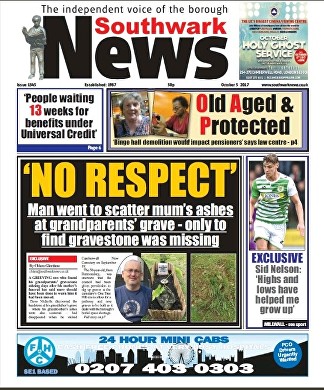 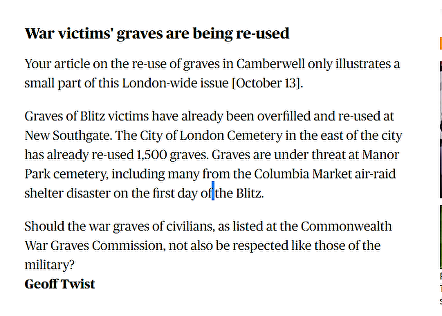 “Your article on the re-use of graves in Camberwell only illustrates a small part of this London-wide issue.”

“Cemetery plan will affect wildlife too.”

“I am writing regarding your recent article headlined “Families’ fury at council plans to sell off burial plots above paupers graves [News, Oct 13].

The removal of memorial stones and the mounding over of graves – and/or the actual exhumation of the deceased – are only part of the scandalous plans for Camberwell Old and New Cemeteries in Honor Oak. Ten acres of wild woodland, containing a variety of mature trees, have been sentenced to Southwark council’s axe. And with them will go insect, bird and mammal habitats.

The designation of such a large area of flora and fauna is particularly Philistine, given the endless demands for more housebuilding in London wherever new homes can be squeezed in.

We should be preserving these pockets of green tranqility, not destroying them.” 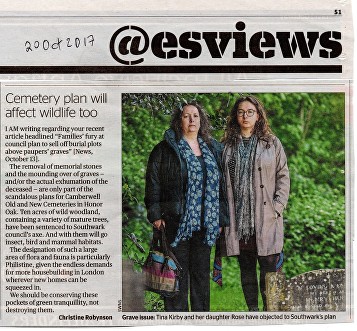 “Imagine going to the cemetery to pay respects to your grandparents and the grave had disappeared? That’s what’s happening here in Camberwell New Cemetery”